EES Economic Talks at Stanglwirt / Kitzbühel  on the topic:
"Europe in the Crisis, the European Elites in the Responsibility -
Solutions of the EES"
with Guests of Honour
Professor Dr Dr Udo DI FABIO, Judge at the Federal Constitutional
Court Germany ret.

Euro crisis, financial crisis, debt crisis in many EU countries, EU reform deadlock, Russia conflict, refugee crisis, terrorist attacks and now “Panama Leaks”. Contracts and agreements such as Dublin or Maastricht are broken. A bailout is chasing the other. Europe runs to risk to reach its performance limits. Has Europe in the current form a future? Do we need more or less Europe? How can lost confidence be regained? What is needed from the perspective of the economy, to put Europe on track and make Europe fit for the future?
These and other questions were topic of the EES Economy Talks Going 2016. 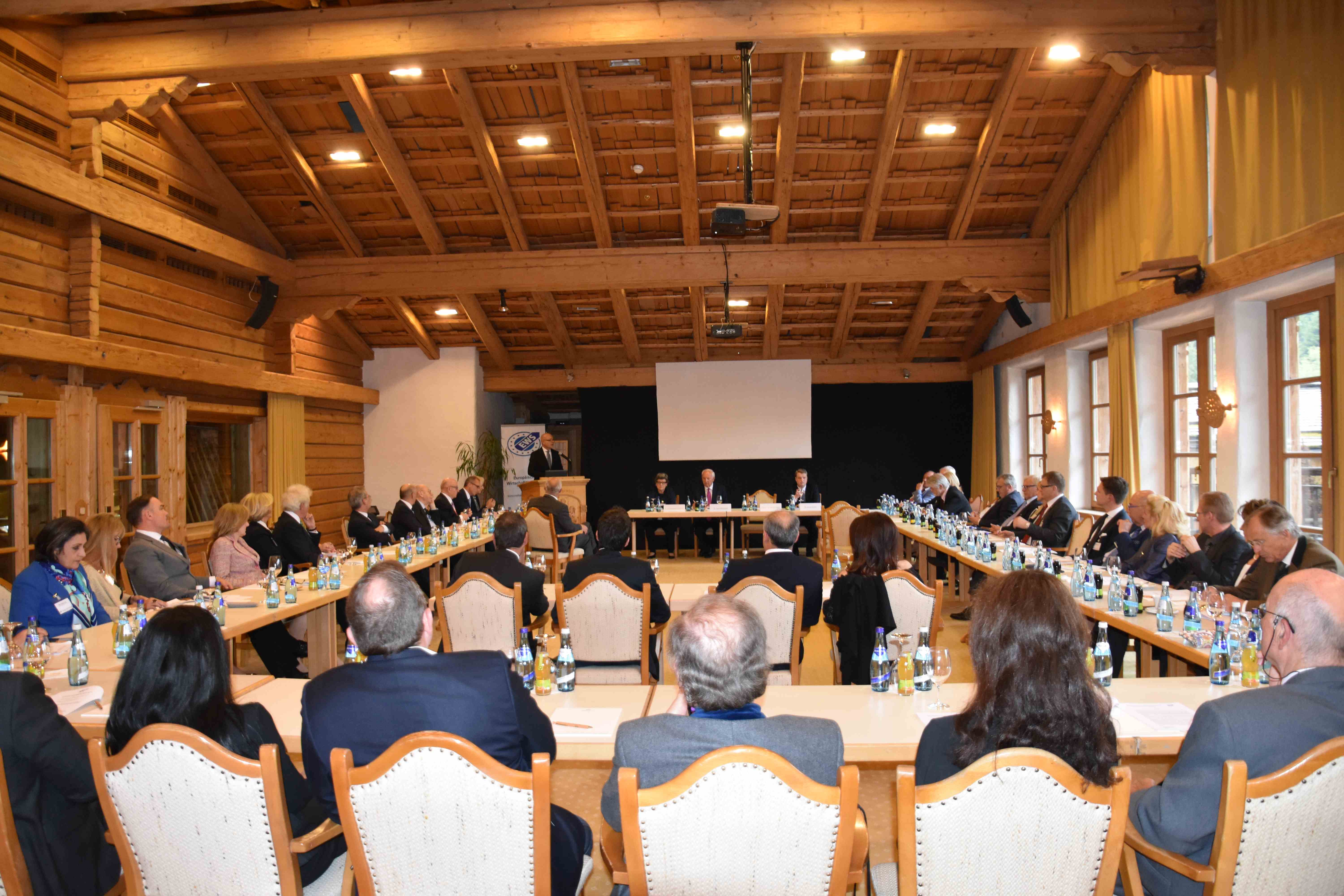 More Pictures in the Picture Gallery in the Members' Area